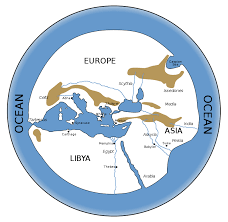 Who were the first Map makers? As our ancestors began to explore the world around them it is pretty certain that they must have thought to make a record of what they saw. This would be necessary for people coming along after them. Geographical features and areas that were hard to cross would all need ot be included. We do not know who the these local Cartographers were but we do know that the first map of the “known” world was created by the Greek Anaximander. Sadly nothing exists of the map now. However we can assume that it would have been of the Mediterran sea area and possibly beyond given the Greeks list of contacts with other Empires and City States. 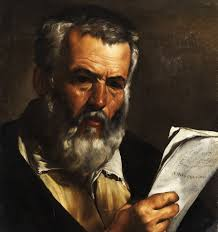 The next name is another Greek. This was Hecataeus of Miletus. He trains under Anaximander and improves upon his master’s original drawing. Again this map has not survived but we do know that Hecataeus saw the world as a round plate with Greece in the middle of the world surrounded by Ocean. This is quite the logical step to make given the limited amount of resources they had.

Following this other Greek cartographers continued the work and came up with all sorts of theories for the shape of the Earth. As we have no Meso-American examples only China can provide us with other examples. Now we are able to produce Planning Maps like those from https://www.themapshop.co.uk/planning_maps_online.htm but we owe them recognition for start the process.