The worst Student accommodation on TV ever 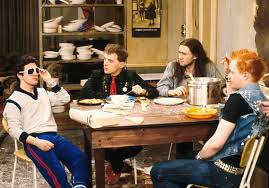 In the early 1980’s comedy was still very much about white middle aged married couples struggling to deal with the antics of their prospective Mother in Laws. Double acts and comics still owed much to the Music hall variety shows they had grown up in and stand up comedians told the same jokes on an endless loop (usually about their Mother in Laws). However, a movement was coming of young, and not so young, comedians who were determined to break the mould and create new edgy, anarchic, observational comedy. You could almost call it alternative. 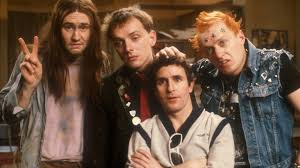 The BBC finally let the alternative comedians loose on the TV with a series called “The Young Ones”. Set with students from the fictional higher education facility of Scumbag College four housemates, Neil, Vyvian, Mike and Rick, it followed their misadventures, scobbles and fights. Looking back on it now the series reads as a who’s who of Alternative comedy. Blink and you’ll miss Tony Robinson. Robbie Coltrane is there. Steven Fry, Hugh Laurie and the even Griff Rhys Jones, part of the first wave of the alternatives, all turn up. Soon to be Hollywood luvvie Emma Thompson stars.

The show is set in one of the worst examples of a student house you can get and it is certainly not something that you would get if you want Student Accommodation Cheltenham area.  For that just try https://www.yourperfectpad.com/. Amongst other things the lads find, Oil, a Nuclear bomb, a huge sandwich discarded by the Four Horsemen of the apocalypse and an entrance to a Narnia type world in the cupboard in their student house.