What are the Origins of Salsa Dancing?

Salsa is a dance style that many people think originates in Cuba as well as other Latin American countries. However, it actually has a history and roots that cross continents… 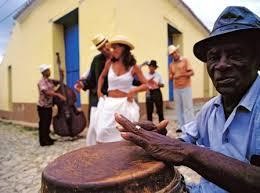 Salsa is a popular dance which is enjoyed by many people all over the world. From salsa competitions for experts and professionals to classes like these Salsa Classes London https://rvdance.co.uk/dance-classes-london/salsa-classes-london for people who are just starting out, it is a dance that appeals to a wide range of people. But its history is not as straightforward as many people think and can be traced back hundreds of years, to the time of the explorer Christopher Columbus…

When Christopher Columbus discovered the Caribbean on his voyage, the land quickly began to fill with Spanish people looking for new opportunities. Unfortunately, this was also a time when the people of Africa were exploited by the slave trade, and this meant that two different cultures were introduced to the Caribbean and the countries we now know as Latin America.

As the two cultures came together, the new dance style now known as salsa was born, and throughout the 20th Century its popularity started to spread across the USA – it has its roots in both African traditional dance styles and the Spanish dancing of the time. It is now a dance that is hugely popular all around the world, but particularly still in the countries of its birth such as Cuba and Puerto Rico.