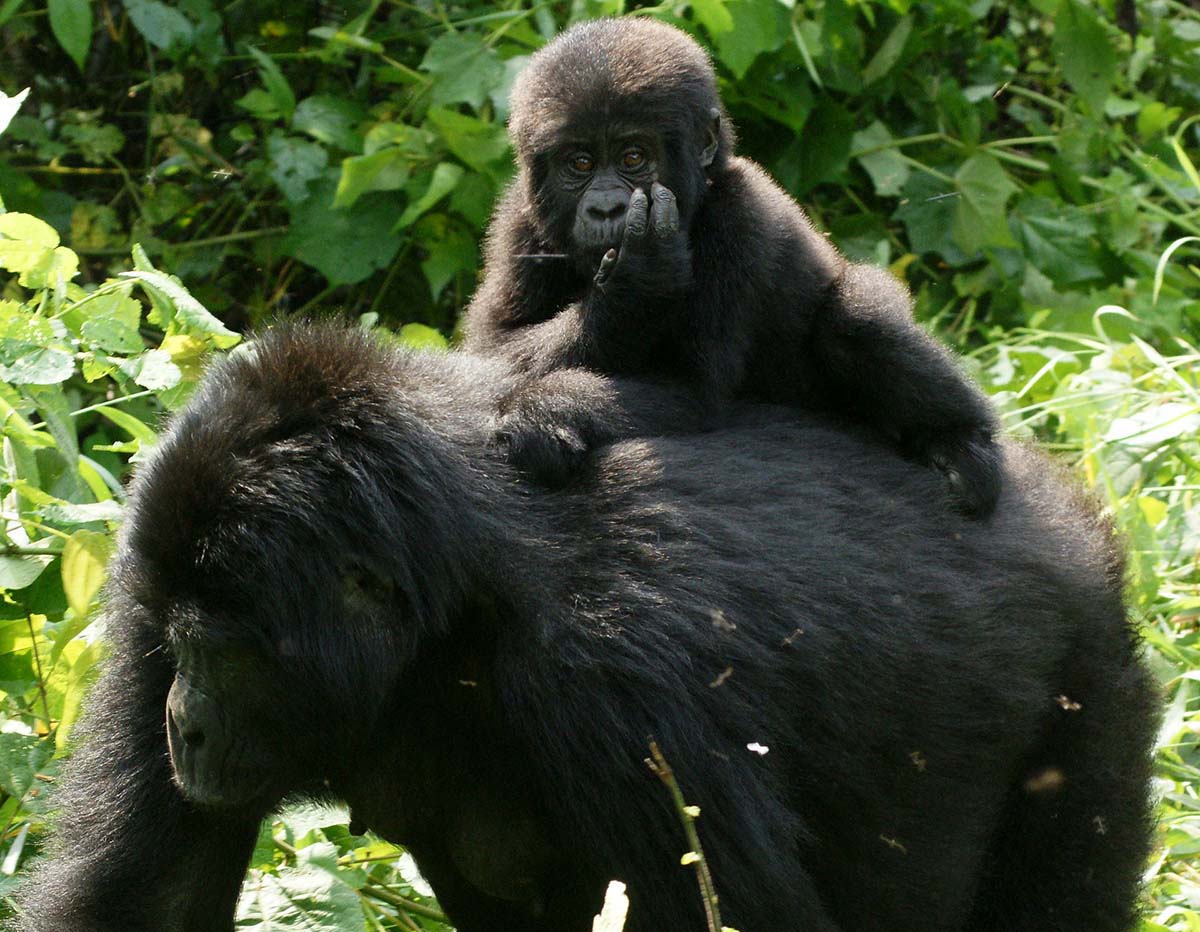 Staying friendly with your neighbours can be a challenge for anyone. Have you ever argued with your house-mates or had a falling out with the family next door? Now imagine that they are gorillas. And so are you.

For gorillas, family relationships are integral to survival, and challenges with other families can be life-threatening. A gorilla family, or troop, is often made up of a single dominant male silverback, a number of adult females and their offspring. However, there are some troops with more than one silverback or with a number of younger subordinate males called blackbacks. Silverbacks are males over the age of 12 – they are the leaders of the family, protecting their troop and mediating conflicts within the troop. The strength of a troop is dependent upon the bonds between the silverback and his female mates, and the priority for a dominant silverback is to stop other silverbacks from taking his mates.

This can make relationships between troops difficult, as a stronger silverback or a troop with more than one adult male would almost certainly be a threat to a weaker silverback. However, in some rare cases, inter-familial friendships have been seen.

The Lulengo and Mapuwa troops in the Democratic Republic of Congo seem to be pretty good pals, despite the considerable difference in their dominance and group size. Groups have seen the two families hanging out together in the Virunga National Park. The Mapuwa family is made up of 19 members, including three silverbacks and a blackback. It’s a strong family which researchers expected to be a fearsome group for smaller troops. However, the much smaller Lulengo family – comprising one silverback and four females – seems to have a trusting relationship with them.

These kinds of unique interactions are not just reserved for researchers and their teams. It is possible to see gorillas up close and personal in the jungle and be part of groups of travellers that take part in gorilla trekking. Trips to countries like Uganda can be made extra-special with a brief detour to see some of the world’s most majestic creatures in their natural habitat.

If you decide to go on a gorilla trek, remember to pack sensibly, wear comfortable footwear and keep your eyes peeled. And have fun!