Out and about in Dublin town 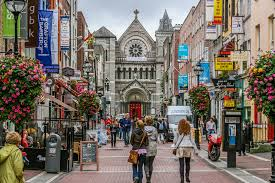 One of the most vibrant and energetic cities that you can visit is Dublin. This is a place that has a long history. First founded by the Gaels in the seventh century it was developed by the Vikings into a major port and city. This was furthered by the invading Normans and the city was at one point the second largest in the British Empire (until the Irish gained their freedom from it).  Now that we’ve got all that history stuff out of the way, what’s there to do on an evening in the Irish Capital, the most Western Capital of the EU state. 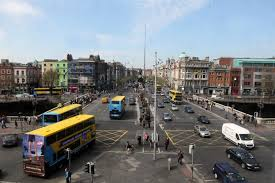 One thing that Dublin is not short of is bars and restaurants. Starting off at the Spire in the heart of O’Connell Street, or the Rod to God as the locals loving put it. This is the main street of the capital and there is a whole slew of eateries and later night shopping to keep you going. It’s also the main Bus stop off point for getting in and out of the city.

However, if you cross the River Liffey you get even more choice. There is the great stretch of Grafton Street and then the famous Temple Bar area where the real fun is had. The great thing about the city is that whilst it’s got the traditional Irish bars that you would expect this is a very modern place so the contemporary rubs shoulders with the old. Ireland is a young state since it ceded from the United Kingdom, It’s barely one hundred years old and this is reflected in its capital. There is a real cosmopolitan feel with the food as there are all flavours of the world on offer including this great Italian Restaurant Dublin based operation.