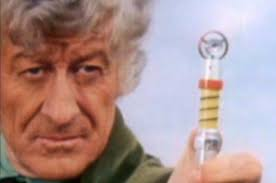 Apart from the Tardis and K-9 the Doctor is surprisingly low on gadgets. To be fair the Tardis is probably the ultimate gadget but there is one thing that the Doctor uses and with it she/he would be having a pretty difficult time of it. The first Doctor, William Hartnells, didn’t find the need for one and it wasn’t until the Second Doctor (Patrick Troughton) in 1968 that the Sonic Screwdriver made an appearance. However, it was the third Doctor (Jon Pertwee) who really made good use of it and it became a mainstay of the character from then on. 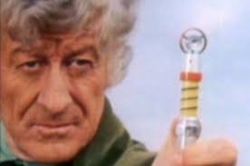 Whenever the Doctor has a problem the Sonic comes out. It became something of a clique so after the Fifth Doctor, Peter Davidson, has his destroyed he does replace it. The Sixth, Colin Baker’s, didn’t get one and nor did Sylvester Mcoy’s Seventh but it was featured in Paul Mcgan’s sadly underused eighth. Of course using sonics is a part of our life today as using a Large Ultrasonic Cleaner to really get rid of bacteria and dirt. The Doctor used it to solve complex puzzles but it’s not so far removed. 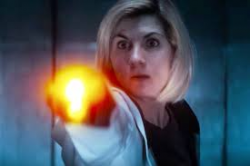 It was soon back in use for Christopher Ecclestone’s 9th (or 10th depending on whether you count John Hurt’s War Doctor) and it has featured ever since. It is useless as a weapon, deliberately so, but the Doctor has used it to fool enemies many times.