The musical phenomenon that was known as the Bay City Rollers 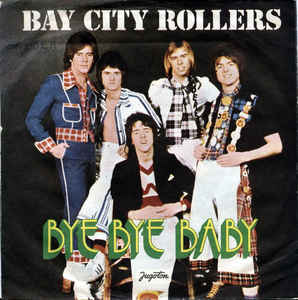 This was the five-piece, Scottish, pop, rock band that was known as “The Bay City Rollers” and who caused a musical teenage sensation in the 1970’s when they were formed. The band consisted of Eric Faulkner, Stuart Wood, Les McKeown along with Alan and Derek Longmuir and they were the original five members of this Tartan sensation. With their outlandish outfits consisting of tartan shirts and jackets, short length, white/red trousers and chunky Dock Martin boots accessorised with tartan scarves, the boys certainly stood out from the crowd. This new fashion trend was quickly copied by thousands of adoring, screaming fans and the “Tartan Army” was formed. 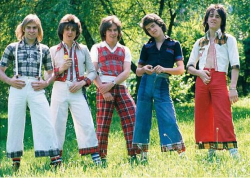 Not all their millions of fans wore the outrageous outfits and many chose to listen to the songs and attend the concerts in more casual attire.  The most popular clothing worn apart from the tartan outfits, consisted of, blue jeans, short sleeved shirts and an Aran Sweater for the men and short, black skirts, white blouses and chunky wedge shoes for the girls. The group had several big chart hits over the years including; “Bye Bye Baby”, “Shang-a-lang”, “Give a little love” and “All of me loves all of you”. 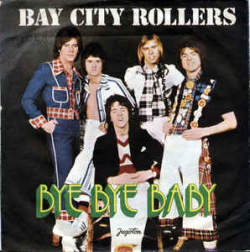 The “Bay City Rollers” were a new breed of pop band and the forerunners to groups like “One Direction”. Originally known as “The Saxons” they decided to change their name and picked their new one after throwing a dart at a map of the U.S. and it landing on Bay City in Michigan.