The Scottish island of Gruinard is not a place to visit. 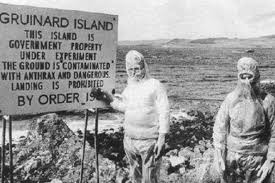 For the most part the West Coast of Scotland is a beautiful place to visit. From the majesty of Alisa Craig near Ayr all the way up to Cape Wrath the Highlands and Island offer some of the most incredible scenery to be seen in the world. However between the villages/Towns of Gairloch and Ullapool in the bay of Gruinard lies the Isle of Gruinard and only a brave person would risk a trip there.

In 1942 scientists were keen on Anthrax. They wanted to see what it could do in terms of being used as a bio weapon agaisnt the Nazi’s. Whilst completely unethical and dangerous the war was not going that well and a quick fix weapon would have come in handy. To test it;s effectiveness they chose to release the bacteria on the island. They did let the shepherds living on it off first but not the other mammals, and they added some sheep. 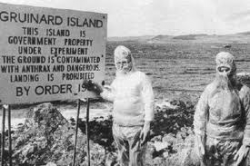 The spores were released remotely via explosive device. It was even filmed. The sheep are seen being covered in a brown dust. Within days they were dead from Anthrax. The scientist took soil samples which showed the whole place was contaminated. The place would certainly need the work of a Land Remediation Service like https://soilfix.co.uk/services/groundwater-soil-remediation-services.