The changing of the trousers 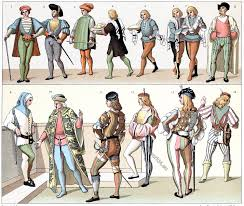 We all take the wearing of trousers and shorts as being a natural thing but where did this piece of clothing style come from. Originally it seems we favoured the gown, robes or toga as the main form of menswear. However fashion being what it is you won’t find any robes as part of the Calvin Klein Menswear section in EJ Menswear. You will find lots of trousers, why is that?

Trousers first begin life as a piece of military ware. As humans began to use horses for transport and calvary it soon became clear that robes were not only uncomfortable but also impractically. The horse didn’t care for them much either. The short stiff trouser was created by the Eastern Asian and Middle East Civilizations as they spent lots of time in the saddle. This caused much amusement amongst the Greeks who were disparaging about them. This from people who only wore Togas.

Proportions were more and more exaggerated by 1500. The trousers were thick, ballooning over the thighs and nipping at the ankle. They were made of ornate fabric, with slashes to expose the colourful underlying lining. These trousers were gradually slimmed down into plain breeches that were fastened at the knee. Although, in favour of the ankle length trousers worn by the working class, these were later dropped.

By the Nineteenth century you start to see trousers that we would recognise. They became the practical button flyed style, zippers were invented later, in colours that were less flamboyant.